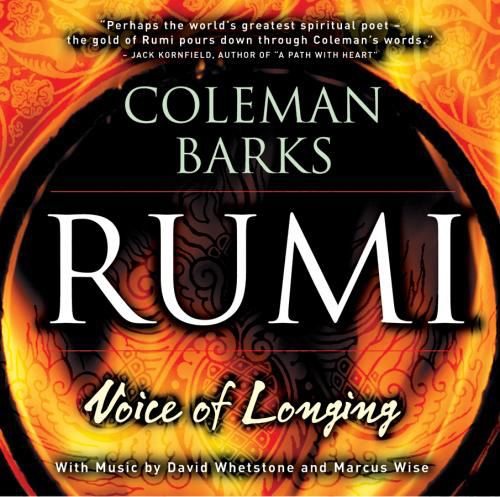 zzgl. Versandkosten - ab 20 € versandkostenfrei (Inland)
In den Warenkorb
In the seven centuries since the death of Jelaluddin Rumi in 1273, the world has come to know and thrill to his sacred poetry. In concert with the tabla and sitar, his writing is part of a religious tradition that is believed to excite "spiritual heroism," embracing the holiness of love, lamentation, battle, and the longing for God. “Rumi: Voice of Longing” collects nearly 100 of Rumi"s most memorable quatrains, presented here for the first time on two superbly remastered CD recordings. Includes musical accompaniment by Marcus Wise on tablas and David Whetstone on sitar, and a special appearance by renowned poet Robert Bly. Translated and performed by the Rumi scholar Coleman Barks, these works echo with a spiritual complexity that defies their outward simplicity. As Sufism acknowledges the truth of other religions, so does Rumi"s poetry reflect universal themes: the search for the highest truth, the mystery of surrender, the longing to overcome ego imprisonment. Rumi: Voice of Longing captures the silence, the love, and the playfulness that make each experience with this work one of sacred wonder. 2 CDs (2 hours, 30 minutes), April 01, 2002
Coleman Barks was born and raised in Chattanooga, Tennessee, and was educated at the University of North Carolina and the University of California at Berkeley. He taught poetry and creative writing at the University of Georgia for thirty years. He is the author of numerous Rumi translations and has been a student of Sufism since 1977. His work with Rumi was the subject of an hour-long segment in Bill Moyers's Language of Life series on PBS, and he is a featured poet and translator in Bill Moyers's poetry special, "Fooling with Words." Coleman Barks is the father of two grown children and the grandfather of four. He lives in Athens, Georgia.
Listen to a sample: https://www.soundstrue.com/store/rumi.html